Could Coding Be a Way of Resocialization

“We wanted these young offenders not only to learn about programming, but also to show them another world, where there is an opportunity to live with dignity using their own skills and abilities,” says Vasyl Khoma, the CEO of the VETERAN Foundation in Ukraine. Last year the charity was the Meet and Code event organizer for 25 young offenders from the Kremenchug Educational Colony who for the first time in their lives had the opportunity to learn coding.

The VETERAN charitable foundation from Kharkiv, Ukraine, has been operating for 18 years. Meet and Code was the first time it had applied and received a grant to run an event. They discovered how easy it was for a small nonprofit like theirs to get a grant from Meet and Code. VETERAN not only organized an inspirational event but also received a Meet and Code Jury Award in the Diversity category.

The VETERAN Foundation focuses on supporting young people in tough circumstances and giving them hope for the future. The CEO of Veteran is well aware of the challenges young people can face to re-enter the society – as an 18-year-old he fought in the Soviet-Afghan war. The CEO pays a special attention to the problems of young people and their future, because he himself as an 18 years old teenager has passed a difficult path participating in a local war in Afghanistan. The VETERAN Foundation applied for the Meet and Code grant to organize a meeting with IT specialists at the Kremenchug Educational Colony – a detention center for young men with troubled pasts.

“We wanted these young offenders not only to learn about programming, but also to show them another world, where there is an opportunity to live with dignity using their own skills and abilities.” Vasyl Khoma, CEO of the VETERAN Foundation in Ukraine

For all the participants this was their first ever experience of digital education. Participants had a chance to meet with professional programmers, talk about their job, and the qualifications and knowledge they need to develop. During the workshops, teenagers got to know Scratch, block-based visual programming language, and a mathematical model.

For some of the teenagers, the Meet and Code event may be a life changing experience. They seriously started to think about their future education in IT. 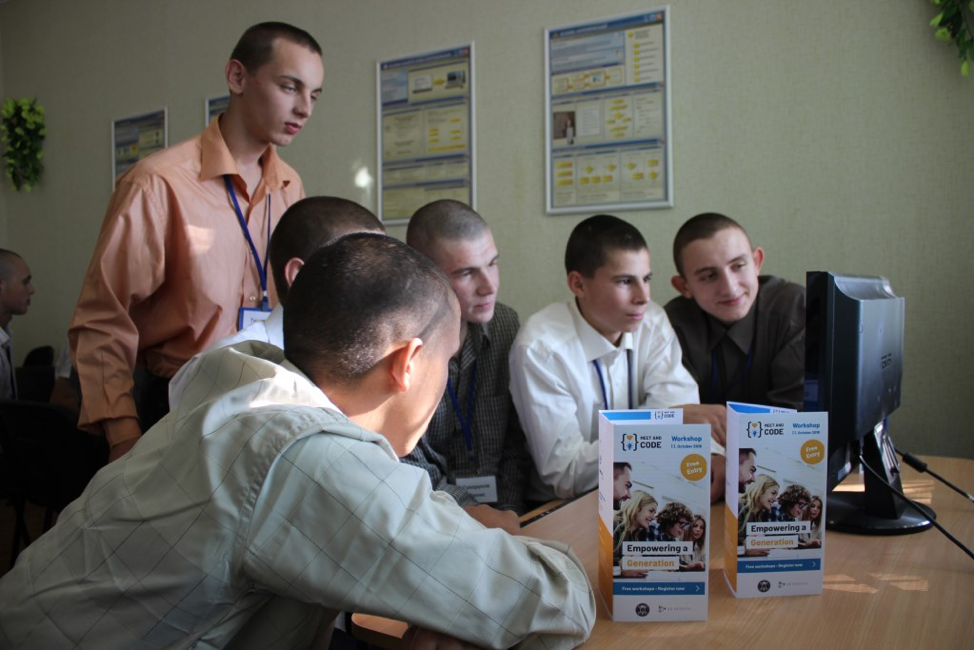 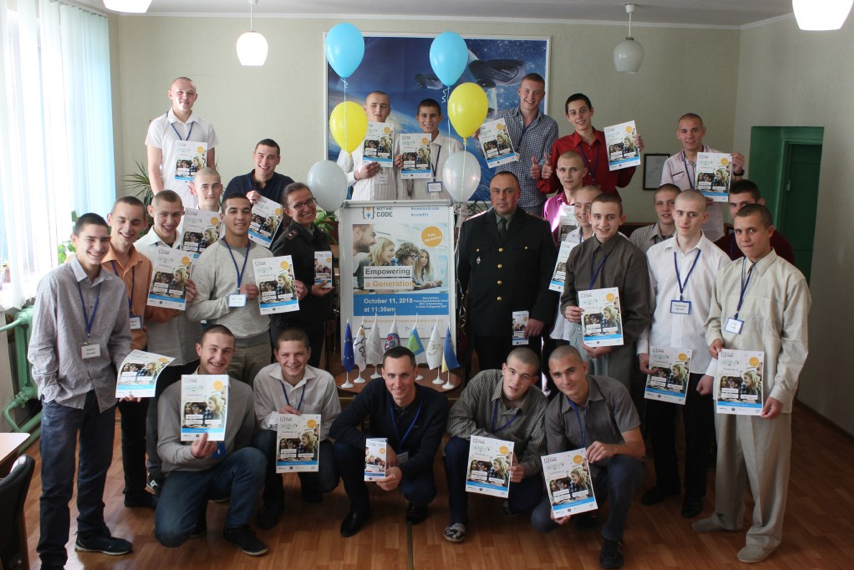 „We were given a lot of practical skills. I am so inspired! I understood that when I leave this place, I want to learn and become a programmer.” Cyril Shlyakhov, a pupil of the Kremenchug Educational Colony

„I hope that the Meet and Code experience will open up a lot of new opportunities for these young people and their professional development. It is important to make them feel confident and help them concrete on their life goals. Although our pupils have a bad past, in the future they want to get a profession, education, family and become good members of society.” Saiko Aleksandr, the Head of the Kremenchug Educational Colony

Team behind the event: Vasyl Khoma, the Director, Svitlana Shuvaieva, the volunteer and event coordinator, Charitable Foundation "VETERAN". Georgij Romanov, the Head of the Northern - Eastern Interregional Department for Criminal Sentences Execution and Probation of the Ministry of Justice of Ukraine, Valentyna Veltsen, Deputy Head of the Department and coordinator from the Department.