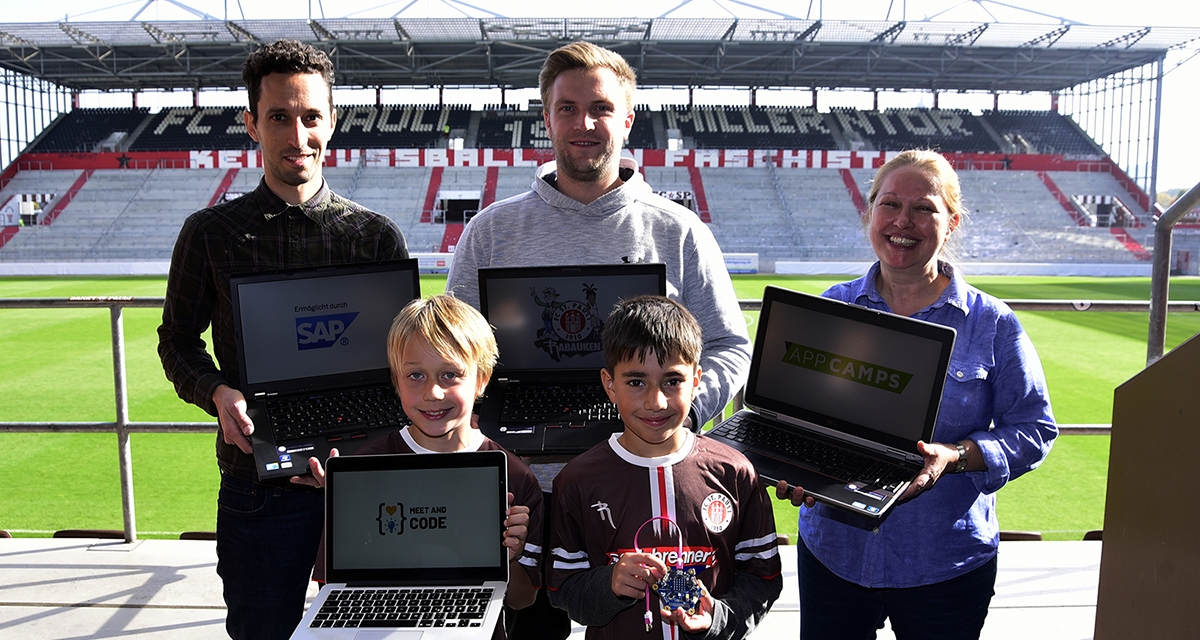 In all areas, the Meet and Code initiative has grown significantly compared to 2017: The number of events and cities as well as the number of participants rose by around 80 percent. The female participation remained high at 40 percent.

The Meet and Code Initiative
Meet and Code was aimed at children and young people aged between 8 and 24 years. As in 2017, the initiative took place as part of the EU Code Week from 6th to 21st October in: Austria, Bosnia and Herzegovina, Bulgaria, Croatia, Czech Republic, France, Germany, Hungary, Ireland, Italy, Kazakhstan, Macedonia, Poland, Romania, Russia, Serbia, Slovakia, Slovenia, Spain, Switzerland, Ukraine, United Kingdom. The funding of up to 500 euros per event enabled the children and young people to participate free of charge. The initiative Meet and Code is organized by Haus des Stiftens gGmbH with its IT portal Stifter-helfen and the respective country partners of the TechSoup Europe Network. Meet and Code is made possible by SAP.

Vision of Meet and Code: Digital Education for All
The declared aim of the EU Code Week is programming and digital literacy for all. The focus is to promote small, locally based non-profit organisations and grassroots initiatives in urban as well as in rural areas. This is exactly where Meet and Code scores high. Almost one in four events took place in towns with less than 10,000 inhabitants and another 19 percent in cities with 10,000 to 50,000 citizens. Furthermore, 56 percent of the events were made possible by the funding. For a further third, the grants helped to organise the event with more participants than originally planned.

Meet and Code's Goal has been Achieved: Encourage Interest in Programming
A total of 57 percent of the children and young people taking part in Meet and Code came into contact with programming for the first time in their lives. Around 86 percent want to learn more about coding and digital topics after participating. This also shows in the reactions from the participating countries. "It was a fantastic event! We should have more of them at school", explained one participant from Bulgaria. "It was impressive and practical at the same time. Now I know how a 3D scanner works," was a comment from the Czech Republic. And in Austria they said: "I'll continue at home". A study by the Institute for Employment Research (IAB) shows how important digital skills are for tomorrow's world of work. In Germany alone, for example, digitalisation is expected to create around 1.4 million jobs by 2035, jobs that do not even exist today.